I've been having trouble communicating.  See the "fluent" link  for missing msgs. 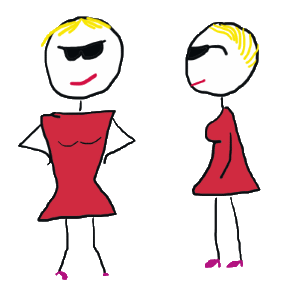 If God had a face what would it look like?
And would you want to see if, seeing meant
That you would have to believe in things like heaven
And in Jesus and the saints, and all the prophets? What if God was one of us?
Just a mess like one of us
Just a stranger on the bus
Tryin' to make his way home? I now know my name

by the rules of the game. Henry Cavendish   FRS  ( /ˈkævəndɪʃ/ ; 10 October 1731 – 24 February 1810) was an English natural philosopher, scientist, and an important experimental and theoretical  chemist  and  physicist . Cavendish is noted for his discovery of  hydrogen  or what he called "inflammable air". [1]  He described the density of inflammable air, which formed water on combustion, in a 1766 paper "On Factitious Airs".  Antoine Lavoisier  later reproduced Cavendish's experiment and gave the element its name. Hydrogen bombs and grenades are linked together by Chuck Packard, the Kitchen with "dye na" and ... "close only counts in horse shoes ..."  T/F Unless otherwise indicated, this work was written between the Christmas and Easter seasons of 2017 and 2020(A). The content of this page is released to the public under the GNU GPL v2.0 license; additionally any reproduction or derivation of the work must be attributed to the author, Adam Marshall Dobrin along with a link back to this website, fromthemachine dotty org.

This document is "living" and I don't just mean in the Jeffersonian sense. It's more alive in the "Mayflower's and June Doors ..." living Ethereum contract sense [and literally just as close to the Depp/Caster/Paglen (and honorably PK] 'D-hath Transundancesense of the ... new meaning; as it is now published on Rinkeby, in "living contract" form. It is subject to change; without notice anywhere but here--and there--in the original spirit of the GPL 2.0. We are "one step closer to God" ... and do see that in that I mean ... it is a very real fusion of this document and the "spirit of my life" as well as the Spirit's of Kerouac's America and Vonnegut's Martian Mars and my Venutian Hotel ... and *my fusion* of Guy-A and GAIA; and the Spirit of the Earth .. and of course the God given and signed liberties in the Constitution of the United States of America. It is by and through my hand that this document and our X Commandments link to the Bill or Rights, and this story about an Exodus from slavery that literally begins here, in the post-apocalyptic American hartland. Written ... this day ... April 14, 2020 (hey, is this HADAD DAY?) ... in Margate FL, USA. For "official used-to-v TAX day" tomorrow, I'm going to add the "immultible incarnite pen" ... if added to the living "doc/app"--see is the DAO, the way--will initi8 the special secret "hidden level" .. we've all been looking for.

Nor do just mean this website or the totality of my written works; nor do I only mean ... this particular derivation of the GPL 2.0+ modifications I continually source ... must be "from this website." I also mean *the thing* that is built from ... bits and piece of blocks of sand-toys; from Ethereum and from Rust and from our hands and eyes working together ... from this place, this cornerstone of the message that is ... written from brick and mortar words and events and people that have come before this poit of the "sealed W" that is this specific page and this time. It's 3:28; just five minutes--or is it four, too layne.

This work is not to be redistributed according to the GPL unless all linked media on Youtube and related sites are intact--and historical references to the actual documented history of the art pieces (as I experience/d them) are also available for linking. Wikipedia references must be available for viewing, as well as the exact version of those pages at the time these pieces were written. All references to the Holy Bible must be "linked" (as they are or via ... impromptu in-transit re-linking) to the exact verses and versions of the Bible that I reference. These requirements, as well as the caveat and informational re-introduction to God's DAO above ... should be seen as material modifications to the original GPL2.0 that are retroactively applied to all works distributed under license via this site and all previous e-mails and sites. /s/ wso


If you wanna talk to me get me on facebook, with PGP via FlowCrypt or adam at from the machine dotty org